I thought I'd give it a go. Limited by flat batteries, and missing the 5 minutes of exciting sunset this evening, I ended up with this image of the picture we bought on holiday last month, that is now hanging in the study. It's a mass produced photo on canvas, but quite nice: 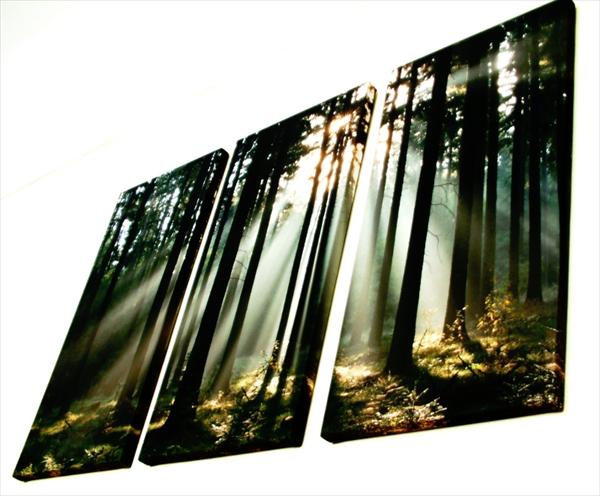 I thought I'd also quickly run through the steps I went through on this. I started with three separate photos taken from my camera, each taken manually, at the same focus, aperture and shutter speed, but with three different Exposure Compensations: -2EV, 0EV and +2EV - I went straight for the extremes: 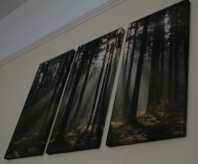 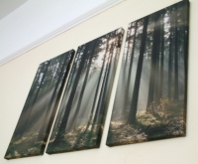 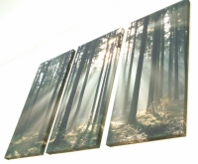 I then dropped all three images into one layer in GIMP, in increasing order of exposure. this obviously resulted in the same image as the +2EV one above, however, once I started playing around with the layer modes, interesting things started to happen: 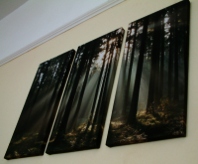 The -2EV base layer, with the 0EV exposure with a layer mode of "Soft Light".

I then set the +2EV layer at the top with a layer mode of "Hard Light", and ended up with the image that started this post, which strangely seems to have more light coming from it than the original picture